My "GOING AWAY"  party Saturday the 17th of September.

And why am I going away? Check out travel Europe pages!

Most recent big event:
Witchburning, Friday, April 30 from around 4:00 p.m. in Pankrac. 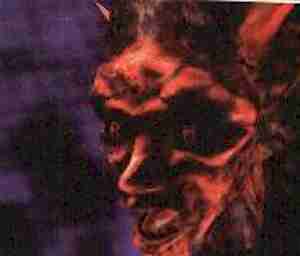 Explanation of Czech witchburning:  (for a more detailed explanation, follow the link to the left).
I first took part in Witchburning, always on midnight of April 30, about seven years ago and have been going there religiously every year. Although the number of people coming there has decreased over the years, reflecting perhaps the declining expat community in this city, the spirit has remained and I am always surprised to see how many people actually make it up that hill, that a bonfire is always built, that almost a hundred people show up, and that there is always live music. I will be bringing my bongo. Kampa park usually fills up with a bunch of bongo players, who then move slowly to the bottom of Petrin Hill and eventually get scattered by the police. This is an annual event. But the police have always left us alone on top of the hill.

Tired of sitting on your butts and exercising only your right bisep,

possibly destroying what’s left of your liver? Want to get out and meet party Prague people in an environment other than the pub?

It could be a portable volleyball net set up in a park next to some pubs with a big blanket for half those who usually prefer to sit and watch, smoke dope and drink beer without having to exert the energy involved in playing.
Perhaps next to that a few are shooting frisbee. We are also planning to buy a croquet set, so it turns out to be a bit of a festival in the summer sun.

Right now, after volleyball, we are a lot into Biking.

Or we are putting together an ultimate frisbee teem.
Or Aussie football? Cricket?
Foosball tournaments?
For a complete LIST of all activities we are organising, click here.

The possibilities are endless and we are open for any suggestions.

Don't aim to make profits but if money is offered, will go towards buying other stuff.
Or people can contribute.

You will always be informed either by email or SMS text mobile message whenever an event occurs.

- volleyball/frisbee/croquet festivals in the summer sun (as explained above).

Usually this is on Tuesdays and Thursdays before sundown.

- we would like to set up an ultimate frisbee team. You can register teams in the occasional tournaments taking place throughout Czech and Europe and you do not have to prove you, as a team, are any good. These tournaments are usually over the weekend. People bring tents, there is usually a campfire and, once again, a good opportunity to meet people. As with volleyball, we don’t want anyone who is anal about winning and our aim is to have fun while sweating out some of the garbage we pump into our systems. Blanket will be set up and audience, as usual, is welcome.
We are planning to have this possibly on Saturdays.

- ping pong. We rent a room some evening of the week and party there.

- camping on the weekends. During the summer, we go out of town,

grab a tent and get a taste of friendly people - often harder to find in larger cities - and see something of this beautiful country. The location can be based on some festivals (music, beer and others) we find over the internet, or just some town we haven’t visited yet and are curious about.

- foosball (table soccer/football) tournaments. Pick some pub and, as a gang, make up some tournament or whatever.

- Hash House Harriers - a band of lunatics who run around and drink beer. There was some British dude in the army in Malaysia back in 1928 who looked to his buddies while drinking a beer and said, "You know, we should just go out, someone sets a trail with flour, and run around and drink beer occasionally." The pub they were in at the time is called the Hash House (selling mixture of foods, like hash potatoes). Anyway, the idea seemed to have caught on because these people can now be found in any city in the world above a population of half a million. They even got one in Antartica. The Prague HHH gets together on Sundays. Different cities host others with what they call interhashes and many people come from surrounding cities to participate.
The Prague HHH is hosting an interhash on May16, 2002 for its 600th run. Prague was also voted the city for this year's German nashhash (national hash). A total of 150 hashers from all over Europe and elsewhere should be running around Prague that weekend.

- open mike. Get together and either play or listen to live music. Right now we are playing at the Zone

(across from U Fleku) on Wednesday nights, but you know Prague: one place goes under reconstruction, another place gets fined due to loud music, and yet another simply can’t stand listening to our music anymore. The point is, if yer on the distribution list, you’ll be informed where the next hangout will be.

Well, that is all I can think of for now. We are doing a lot of this already anyway but, as you might know, the more the merrier. A lot of these activities may be fully booked, but we will at least occasionally have “open festivals” which will give us all the opportunity to meet each other etc.

Any suggestions of other activities we could organise would be appreciated.
And for a peek at one of my favourite party animal! ...

Well, it was perhaps a sad day in Prague's partying when I left, as I loved organising them, and cooking up a fantastic storm.

I remember for my 10 year celebrations (perhaps the first expat alcoholic to achieve a solid tenure there), I had about a hundred people in my favourite bar, with band, and subsidised the prices so they would be about the same as ten years ago: ten Crowns (about 25 cents) per half litre beer and 20 Crowns per wine glass. And of course I had to grill up my famous marinated steak. Unfortunately, I assumed the ventilation in the small back room where I was grilling was sucking air out, instead of pushing it in. Wrong assumption and I soon filled up the place with intolerable grease smoke. Some vegetarians stormed off in a huff, but I quickly resolved the situation by moving the electric grill from the back room where the band was playing to just below the front entrance. The owner was worried that the police might go bezerk, but fortunately the residential building's grandmas were away at the cottage for the weekend and didn't shut the band and all down by 10pm, as they usually do. For the celebrations, I also bought several ounces of super strong dope and punished my girlfriend's brother by assigning him the task of "rolling monster". He would always torture me at my place by hanging around playing games on my spare computer and forcing another joint in my face. This evening though he would be rolling and smoking his perfect joints all night long, everyone given explicit instructions to bother him if they wanted any of my free stuff. Needless to say, he could barely talk by the end of the evening and never "bothered" me again!

But since I cant organise such fun parties in Prague anymore, I've done the next best thing and I try to do the same party organising on the road!

My more than ten years stay in the Czech Republic was a blast, and much has changed after the fall of Communism and during the transition to a full capitalist and greedy society. Read about my reflections of the Czech Republic and its people.
Or a historical perspective of my life in Prague.

Want a program on your computer through which you can send SMSes to people in Czech? Click here.

Trains 'n buses around the Czech Republic (with link in English)