People often wonder, why is professional translation so expensive? Professional translators would then shake their heads and say that they were underpaid and barely making ends meet already. As an agency we get to see both sides saying that the same rate is both too expensive and too cheap at the same time. (And then we as a translation agency get accused of overcharging and underpaying by both sides, but that’s a topic for another day.)

The difference is that both sides have two different sets of expectations and assumptions. A professional translator usually have years of educational background in the relevant language or years of practical experience, giving him mastery of the relevant language pairs. This skill set is not easy to get nor are they cheap. They also know that translation and interpretation are hard work. Meanwhile, the customer sees professional interpreters switch languages on the fly and it all seems so easy, so it can’t possibly be hard work, so why should they pay a lot for such an easy work?

I’ve encountered this story many times. The details vary depending on the locale. Sometimes the amount is in dollars, other times it’s in franc, or if it’s a more recent retelling, euro. If the source was an old book/magazine the amount might be a hundred dollars. If it’s a recent retelling online, a hundred thousand. I’ve seen a version where it’s a plumber fixing a drain in ten minutes. But the core remains the same. If you want someone good, it will cost more.

We at Kenax aren’t the cheapest out there. We aren’t that famous painter asking for a hundred thousand for ten minutes. We haven’t even encountered a translation work that took only ten minutes. But we do consider ourselves to be competent craftsmen and craftswomen offering skilled work at affordable rates. Now, if you are looking to translate, say, your ancestral genealogy for your own curiosity, then maybe the lowest bidder at fiverr.com or elance.com is good enough. After all, if one’s eight-times-great-grandfather was a bucanero and all one is looking for is tell a good story at parties, it really doesn’t matter whether it’s translated as a pirate or buccaneer. But if you are looking to translate a medical study or technical manual then you need us. Or if you are looking to translate a 1000 page book or even a million word MMORPG, let’s talk. 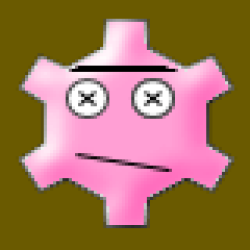 Latest posts by Tony (see all)